Power Up Your Weapons

The concept of the game is similar to previous games of the genre: 100 players skydive onto an island and scavenge for gear to defend themselves from other players. Players can fight alone (Solo), with one additional player (Duos), three players (Trios), or with a group of four (Squads).

As the match progresses, the playable area within the island gradually constricts, giving the players less and less room to work with; outside this safe zone is “the Storm”, which inflicts damage on those caught inside it, with the amount of damage growing as the Storm itself does. The last player or team alive wins the match.

Game Overview
"Fortnite is one of the most popular Battle Royale titles on the planet. Stormforce Gaming has spent years advising gamers on the best options for a Fortnite gaming system. Our entry level range is designed to play Fortnite performance mode or regular mode at a slightly lower FPS.
All of our systems with dedicated graphics cards can play Fortnite well and every Stormforce Crystal system (or higher) will be able to run the game at max settings. Players aiming to run Fortnite at 4K and high FPS should consider a system from our Prism range" 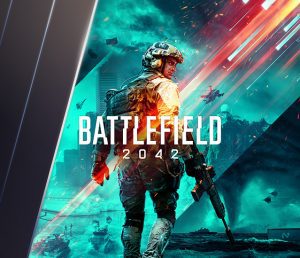 AMD Ryzen 5000G APUs have arrived, offering all round performance in entry level gaming and productivity…

One of the most popular products within the Stormforce Gaming range over the past few years has been the AMD APU range. APU or Accelerated Processing Unit offers a unique product to gamers on a tight budget or with less demanding gaming requirements making them perfect for gamers who want a performance system that can tackle every day computing tasks with ease as well as handling games with lower system requirements.

An APU system is a great starting point for gamers new to PC gaming. If you purchase an APU based system you can start playing straight out of the box using the integrated graphics capabilities included in the APU and then potentially upgrade your system later down the line with a graphics card when budget allows or if you encounter a more demanding game you are keen to play.

APU is not a new proposition, in fact an APU simply means a processor with graphics on the same chip. Each APU includes processor cores which will vary in speed and cores depending on the model. The new APU products from AMD include the Ryzen 5 5600G, 5650G PRO, Ryzen 7 5700G and 5750G PRO which all come with high performance, multithread CPU cores and graphics on the same chip. With built-in AMD Radeon™ graphics, Ryzen™ 5000 G-Series desktop processors get you onto the battlefield fast. Play top games in smooth 1080p right out of the box, or upgrade with a graphics card for an even bigger performance boost.

Why is APU a good option for less demanding games?

Most newer games have system requirements which call for a fast CPU and a graphics card to play at max settings. Whilst an APU is not going to take any performance awards for high resolution gaming, the new AMD APU products are targeted at providing a capable gaming experience on 1080p or lower resolutions. This might not sound compelling for hardcore gamers looking for extreme framerates on QHD or 4K resolutions, but the majority of casual and new PC gamers have access to a 1080p HD display.

The new Ryzen APUs from AMD are the perfect option for gamers who want to get PC gaming without having to spend big on a graphics card.

Every Stormforce Gaming APU system comes set up ready to take advantage of the onboard graphics but also gives you the option to install a graphics card later down the line should you want to increase the gaming prowess of your system, play at a higher resolution or run a title that exceeds the capabilities of the APU graphics.

The new AMD Ryzen Cezanne 5000G APU systems can produce great gameplay experiences using only the power of AMD Radeon integrated graphics. PC Gaming offers scalable performance in almost every title meaning you can modify graphics settings to suit your hardware. For a lower performance system this can be incredibly useful as ‘Low’ settings can be very visually impressive still and in some titles setting your graphics settings to low will increase framerates and the feeling of smooth visuals when you are gaming.

Many free to play games are designed to be accessible to the widest range of hardware and work well on lower performance or older specifications. This means that most popular modern titles will be able to run on entry level hardware but please check the system requirements for your games as really demanding, cutting edge games like Cyberpunk 2077 or Microsoft Flight Simulator will not run smoothly on an APU system and would need a dedicated graphics card.

We have benchmarked some popular titles to see how they perform on the new AMD Ryzen 5600G APU and give you an indication of what to expect from our new entry level systems.
All benchmarks carried out at 1080p resolution and using the integrated graphics on the 5600G APU.

Fortnite plays at 1080p on the 5600G using low settings. This provides a smooth gameplay experience of 60+ FPS.

Fortnite Performance mode at 1080p scales visual quality down in favour of performance. This provides a 100+ FPS performance experience.

Minecraft runs well on the 5600G and showcases good performance characteristics in all but the most complex of environments.

Warzone is the most demanding title we tested and whilst it does mostly output 60+FPS at 1080p using medium settings, there are instances where framerate drops occur.

Warzone shows one scenario where a more demanding title can struggle at times on an APU. The game is mostly playable but in complex scenes with a lot of action taking place, the framerate can suffer. Other titles like Valorant, Apex Legends and Destiny 2 can work well on an AMD Ryzen APU but it is important to remember that the gaming performance will be limited if graphics settings are set too high.

As a rule of thumb it is best to start out setting graphics settings to the lowest possible setting and increasing visual settings in increments to maintain smooth framerates.

If you have an AMD Ryzen APU system from Stormforce Gaming and need advice on a specific title then our customer service team can help advise on settings to try.

Each Stormforce Gaming system featuring the AMD Ryzen 5600G and 5700G APU is configured to provide an upgrade path for gamers. The AMD Ryzen 5000G series processors have the advantage of strong CPU performance and entry level graphics performance. When it comes to upgrading, your Stormforce Gaming system has a comprehensive 3 Year Warranty which allows you to add additional components to your system. Whilst extra components are not covered under your system warranty, Stormforce Gaming will support you with upgrade advice and installation tips if you are unsure about the best options for your upgrade. This system features a 500W Power supply meaning that you can install a graphics card in the system to bolster performance in more demanding games.
The AMD Radeon RX 6600XT is a fantastic choice to pair with this system and will increase framerates across every title.

Other great options to pair with this system are the Nvidia GeForce RTX 2060 and RTX 3060.

It is worth keeping in mind that this system has a WiFi card installed and will only accommodate graphics cards that are 2 slots tall.

You can install a 3 slot graphics card into this system but would have to remove the WiFi card to fit a video card with a larger cooling fan.

The Stormforce Onyx Ryzen 5 5600G can be found on our website here.

Warframe is a free to play, third person, co-op action game set in an ever evolving sci-fi world. Explore huge open worlds and assemble your arsenal with up to three friends. This exciting world is a perfect title to get started on an APU system with quick and fluid gameplay that is optimised to run smoothly and showcase impressive visuals.

For a limited time, Stormforce gaming are offering a a Warframe: G-Series Pack with all 5000G series APU systems.

Buy any Stormforce Gaming system featuring a Ryzen 5 5600G or Ryzen 7 5700G and get a Warframe: G-Series Pack which contains an arsenal of in-game items.